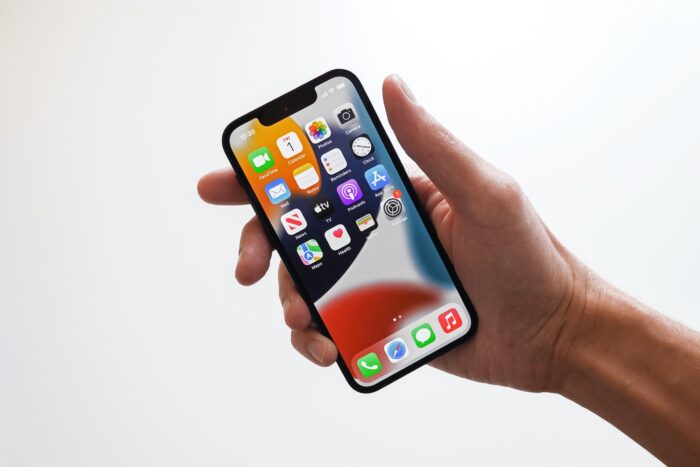 Every iOS update comes with a world full of newness. Apple has been religiously following it over the years and 2022’s iOS update leaves no stone unturned to surprise you with another bunch of new additions. The minimum requirement for enjoying the update is an iPhone 8 or higher versions.

So, what are the much talked about updates? Let’s have a quick look.

The distinguished feature for most iPhone users most definitely lies within the new lock screen interface – perhaps the greatest form of revamp in iOS history which includes new colour schemes, quick-glance information, animated transition between the lock screen and home screen, some chill layouts all quite induced by the Android traits. You also get to choose from a range of wallpapers without installing it from external sources. Apart from that, the wallpaper automatically shuffles to give you a new vibe each time you stare at the screen. These modifications let you show your creativity with the new lock screens that perfectly align your focus modes, such as weekend or workday.

Then comes the notifications. The appearance of the notifications has been fine-tuned during the recent update. They now show up from the base of the screen. Besides, Apple also asserted Live Activities, leading to a new path of following games, Uber journey updates, gym sessions, with the lock screen on.

The new messages feature of the upgraded iOS16 allows deleting and editing messages. Forwarded a classic meme on grumpy bosses in your office group by mistake? Well, you can quickly unsend it now instead of regretting the forward later on. SharePlay also functions seamlessly in Messages. Moreover, there are lots of latest visual elements for tailoring your Memoji, which includes new headgear, new hairstyles, poses, and cute nose shapes.

Apple Pay now enables contactless merchant payments using just your phones, no additional hardware required. Then there’s the Apple Pay Later option where you can make payments over six weeks without any fees or charges. With the new Apple Pay Order Tracking feature, you can track your orders and your wallet status literally through your palms.

After the lock screen and messages, now it’s turn to revamp your mails. With the iOS update, now you can apply some handy tools to schedule and send messages alongside the full freedom of recalling sent mails. In case you forget to attach a file or forget to respond to a received mail, new ‘Follow Up’ and ‘Remind Later’ features have been added to nudge the phone owner of the same.

With the improved general intelligence of IPhone, now you get to interact with the text present in the photo. For instance, try taking a picture of a Dollar sign, then change it to a Euro sign with just a few touches, and that too in real time. Wait there’s more. The iOS 16 update gives you the freedom of snipping out a subject from a photo that you clicked and sending it as a message. Whoa! How cool is that! Here you also get the iCloud Shared Photo Library that’s best compatible with sharing family or group photos. Every member of the library gets to see the same pictures, along with captions, keywords, and edits.

Time for a semicolon

The upgraded iOS16 speech to text feature is a boon for the content creators, where punctuations are automatically added to the text along with the ideal emojis.

Then there’s the Safety Check feature that proves to be a saviour for domestic violence victims. The new feature lets you control and check who has got access to your phone and revoke them when necessary.

Lastly, the Apple Maps are emerging as a strong competitor to Google Maps with its 3D display feature.

In its WWDC keynote held on 6th June, Apple announced its huge annual operating system updates for iOS 16. However, no dates have been confirmed yet. Experts speculate that it is going to get ideally scheduled for a September 2022 release. It will probably be available for beta testers by July 2022. So get ready for a whole new experience with the upgraded iOS 16 that will reach you in a few months.